All bowling balls are exactly the same size. According to the Pro Bowlers Association, no ball should be more than 27 inches nor less than twenty six point seven inches in circumference. The only difference is the amount of stuff that they put inside so the density of the bowling ball.

Twelve pound ball float or sink ?
Twelve pound one has almost equal density to the density of water, one gram per cubic centimeter.
The white one is sixteen pounds. The sixteen pounder sinks with no problem at all just because its overall density is greater than one so it’s really at about one point three somewhere.
Other is an eight pound ball, again the same size so this sits over here.

An aircraft carrier floats. How does that work? Archimedes says that when you put something in water it displaces its weight in water…
Now you’ve answered the question does a bowling ball actually float and the answer is yes anything under 12 pounds will float in anything over 12 pounds will sink. And if you can find a 12-pounder it just barely hovers. 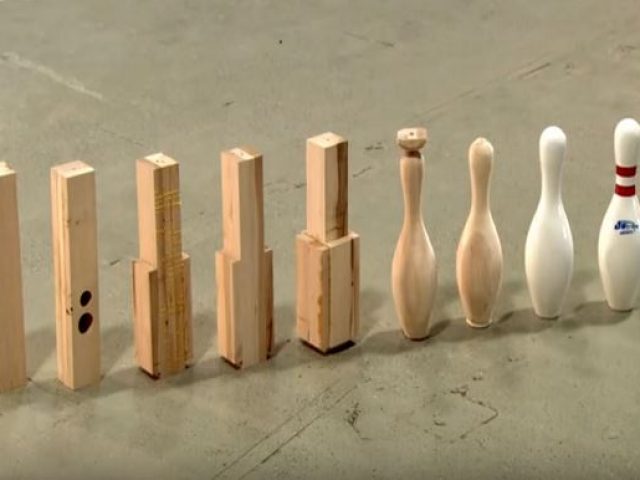 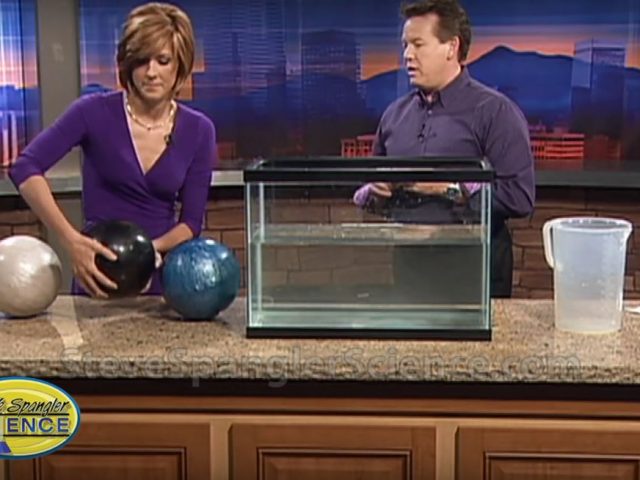